Day two of our road trip began with the groans of a teenage boy whose plan to sleep late was oh so rudely interrupted by his mother going, “Time is passing! Let’s go!”

So off we went, the highway passing through field after field of corn, beautiful, tall and green. The terrain around these parts is gentle but rolling, with just enough variety in sea level to keep things interesting. I kept imagining crossing this area on horseback or covered wagon. This was the West at one point, past St. Louis’ gateway and on into the wild on the other side. 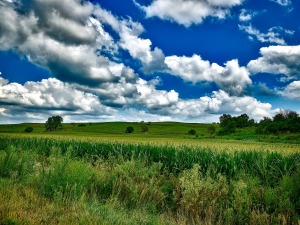 Veering off the main path, we decided to explore Watkins Wool Mill and State Park. (Click here). Seems Mr. Watkins had the unusual timing of starting up the largest wool mill in the south just months before the Civil War began. He planted orchards with a large variety of fruit, raised herds of cattle to rival those in Texas, and, of course, raised a bunch of sheep. Local farmers also raised sheep and sold their wool to Mr. Watkins. 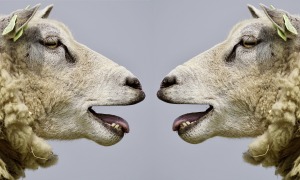 His business took off, employing forty at a time. Married, non drinkers, church goers were his desired employees. No such thing as anti discrimination laws. His preferences made a lot of sense. Men with families were more likely to stay put, plus the mill could employ the wives and children as well. The machinery posed numerous hazards, so non drinkers were less likely to show up tipsy or shaky. Church goers were less likely to steal, gamble, or brawl. He paid them well, plus provided free (and spacious) housing. People from all over the country sent in applications desiring such a position away from the crowded confines of the city.

When the war started, Watkins Mill provided wool for uniforms for both sides and business boomed. Unfortunately, he lived just miles from Jesse James, and Missouri bushwhackers were not happy with anyone doing business that might benefit the North. Fruit and livestock were confiscated for military use and taken by the guerillas. The harassment forced a closing for several months, but they opened before too long and survived the rest of the war. Makes me wonder what kind of connections he had. It was Sears mail order catalogs and the like that ultimately put the mill out of business in the last decade of the century.

We moved on to Excelsior Springs, a town built on multiple mineral springs.

With hills sloping sharply down to valleys, streams, and the East Fork of Fishing River, the town has a quaint, casual old time beauty about it. We wandered the landmark Elms Hotel and Spa (click here), enjoyed its well landscaped grounds and grand entryway, as well as spacious conference/event rooms. A beautiful wedding destination, if any are looking.

Next on to Kansas City, MO and the Battle of Westport Civil War museum. There I got what I was hoping for (much to the despair of my half-bored bodyguard)–a couple of enthusiastic Civil War historians who were not only willing, but eager to answer as many questions as I could think to ask. For hours. Interestingly, the further west I get into Missouri, the more the historians present their facts with a bent toward sympathizing with the Confederate army. The common thread throughout all their stories: Missouri was not the place to be during that time.

A whole decade before the war, Missouri was thrust into turmoil over whether or not Kansas would become a slave state or free. Notorious persons like John Brown, who believed violence was the only way to free the slaves, sparked civil unrest throughout the state. Many abolitionists moved into the surrounding areas, hoping to swing the vote. In-fighting began well before actual war broke out. 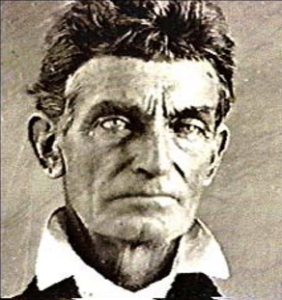 Many Missourians came from further south, and though most were not slave owners themselves, found it impossible to fight against their kinsmen. They desired to stay in the Union. But as the war progressed, their refusal to fight against the South and desire to remain neutral was not respected. Gangs of men, referred to as Bushwackers, practiced very effective guerilla warfare against the north. As they grew in number and success they became more and more brutal and indiscriminate of their victims. 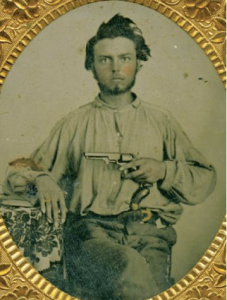 Blackmail, theft, and murder became regular and frequent among “friend or foe” alike. Along with the Bushwackers, there arose Jayhawkers, also roving guerilla bandits, but claiming to fight for the North. In the mix were actual soldiers, from both sides, confiscating any and all food, livestock and supplies they considered necessary for the army’s needs. Bribery and deceit became survival techniques. (More info here). Neighbors turned against each other. No one could be trusted. No one was safe. No one was adequately nourished, except perhaps the thieves themselves.

Life became worse when General Order #11 required the Union Army to burn all farms and homes belonging to those not swearing allegiance to the Union, and forced massive number of people into exile with no more than they could carry with them. Here is George Caleb Bingham’s vivid depiction of one such event. 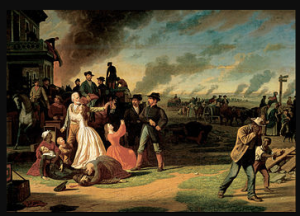 That is the background to my story. The journey continues tomorrow!